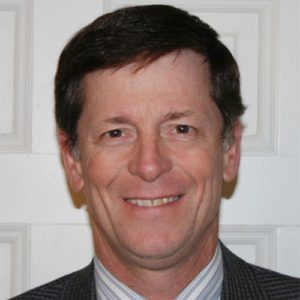 Ed Ryan, MD is an internationally renowned retinal surgeon in practice with VitreoRetinal Surgery PA in Minnesota. He has been interested in trying to develop better tools to solve clinical problems since early in residency at Northwestern. During residency he developed a tool to support a subluxated lens to facilitate its surgical removal and published a study of YAG laser phacodisruption that anticipated femtosecond laser. As a fellow he developed a novel illuminated pick and illuminated viscodelamination tool used for bimanual surgery. When wide-angle viewing was developing, the only useful wide-angle light probe was the Bullet, which was difficult to use in some settings due to glare. He modified this tool, and the Shielded Bullet solved the glare problem and is still the wide-field platform used by some vendors. When 25-gauge surgery came on the scene, one profound flaw was that the instruments were far too flexible. Dr. Ryan modified hypodermic needles in a “basement laboratory” and developed the strut system that Alcon now uses for 25+ and 27+ gauge vitrectomy platforms, the best-selling in the world. Dr. Ryan has 40+ issued patents in 10 different families and continues to develop innovative ideas related to ophthalmology. He has been involved in multiple collaborative clinical trials and initiated and was the principal investigator in the multicenter PRO Study of Retinal Detachment Repair.