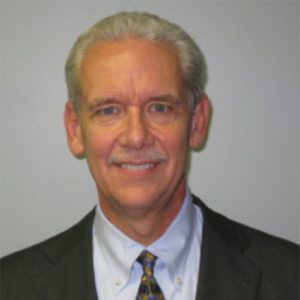 Gregg Scheller has a BS in Mechanical Engineering from the University of Missouri in Columbia, Missouri. He has started four medical device companies in ophthalmology and neurosurgery. He started his first company at the age of 27, by creating a new way to illuminate the inside of the eye during retina surgery.

His next company, Synergetics, Inc., manufactured micro-miniature scissors (less than 1mm in diameter) and forceps for retina surgery. They were first in the U.S. and, to date, are one of only two companies in the U.S. that manufacture them. Synergetics went from his garage to a NASDAQ listing by averaging 41% growth annually for 13 years. In it’s thirteenth year, Synergetics became a public company and Scheller became the Chairman and CEO of 400-employee public company with $0 to $55 million in annual revenues on a small initial ($6.5 million) investment.

He was then called to serve as the Director of Entrepreneurship at the University of Missouri for two years, where he helped faculty and staff start 13 companies and was also the Co-Director of the BioDesign program. He stays active with his alma mater as well as other universities in the St. Louis area by fostering entrepreneurship.

Currently, he is CEO of Katalyst Surgical (ophthalmology) and Chairman of Kogent Surgical (neurosurgery). They are pioneering advanced techniques for ophthalmology procedures like cataract extraction, glaucoma treatment, and retina procedures. They are also pioneering new ways to selectively remove tumors in brain surgery and cut bone in microsurgery.

Scheller has over 350 patents and patents pending to date.