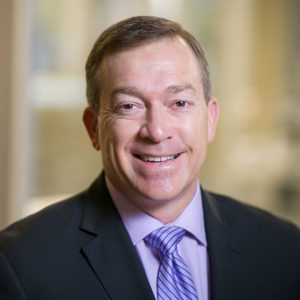 Monty Montoya has earned global recognition for his passion and dedication to eliminate corneal blindness worldwide by transforming how ophthalmologists care for the cornea and improving patient access. His experience spans the transformation of a struggling healthcare nonprofit into a sector-leading social enterprise, to the creation of a venture-backed biotech company. Monty uses his exceptional intercultural and emotional intelligence skills to fuel powerful partnerships and productive collaborations. He builds and leads blue-ribbon executive teams and boards that drive innovation and change.

Most recently, Monty was President and CEO at CorneaGen, a mission-driven, venture-backed biotechnology spinout from SightLife, a global leader in eye donation and provision of corneas for transplantation. In partnership with board members, investors, and his leadership team, he created and launched the organization, built the executive team and board, and raised $10M in funding to spin CorneaGen out of SightLife successfully and establish it as an industry-changing leader. He also secured a licensing deal for the acquisition of game-changing cell therapy IP out of Japan, putting CorneaGen in the driver’s seat for regulatory and commercialization pathways. The company provided more than 12,500 corneas for transplant within the first year.

Previously, Monty was CEO at SightLife, guiding its growth from annual revenues of $800K to $40M+ while establishing productive R&D relationships with commercial entities and networking globally to develop connections with key contributors and contacts. He launched innovative programs in multiple countries, growing global partner corneas from zero to over 20,000 per year, and he completed multiple acquisitions while leading a successful domestic expansion to become the national leader in corneal transplantation.

Earlier in his career Monty directed the Northwest Lions Eye Bank, leading the organization to become the world’s top-ranked provider of corneas. He also held management positions at the Donor Network of Arizona and the Arizona Lions Eye Bank.

Monty is currently Advisory Board Chair for LifeCenter Northwest (organ bank) and is a past Board Chair for the Washington Global Health Alliance, the Alliance of Nonprofits, and Vision Share Consortium. He has served on the Executive Committee for the Eye Bank Association of America and the Pan American Association of Eye Banks, and on the steering committee for the National Cornea Donor Study.

Monty holds an MBA from the Fuqua School of Business at Duke University in Durham, NC, and a BS in Zoology from Arizona State University in Phoenix, AZ. He has received numerous industry awards, including the Ophthalmology World Leaders Visionary Award, EY Life Science Entrepreneur of the Year, and the Eye Bank Association of America (EBAA) Heise Award.