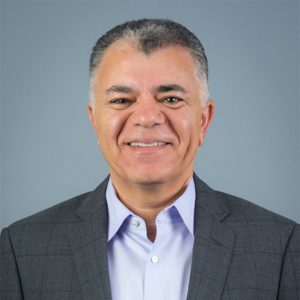 Reza Zadno, PhD, medical device entrepreneur and health care senior executive is the President & CEO of Procept Biorobotics, a leading developer and manufacturer of microsurgical robotic systems. Reza was previously President &CEO of Avedro between 2016-2020 where he led the company through commercialization after receiving FDA approval for its cross-linking device and drugs and the clinical development of PiXL, a first-in-category, non-surgical procedure for the correction of refractive errors. Reza also led the company through the IPO process and acquisition by Glaukos.

Previously, Reza was the founder, president, and CEO of Visiogen (acquired by Abbott), Chairman of the Board at Transcend Medical (acquired by Alcon), and Oraya Therapeutics (acquired by ZEISS). He has also been an advisor to InterWest Partners and Novartis Venture Fund.