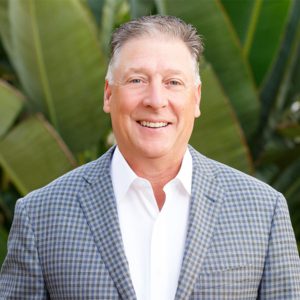 Thomas Frinzi is the Worldwide President, Surgical at Johnson & Johnson Vision, which includes a broad ophthalmology portfolio across the areas of cataracts, refractive surgery (LASIK), and dry eye. Tom was appointed to his position in February 2017 at the conclusion of Johnson & Johnson’s acquisition of Abbott Medical Optics (AMO), a wholly-owned subsidiary of Abbott. Mr. Frinzi joined AMO in January 2016 as Senior Vice President of Abbott Laboratories and President, Abbott Medical Optics.

Prior to joining Abbott, Mr. Frinzi held a number of leadership positions in ophthalmology and medical device companies. Most recently, he served as President and CEO of WaveTec Vision, a developer of surgical systems for eye surgery. He also held senior positions in commercial operations, business development, and sales and marketing at Bausch & Lomb Surgical, Refractec, and Johnson & Johnson. In recognition of his leadership, expertise, and vision in the field, Mr. Frinzi has been awarded the following accolades: awarded the 2015 Ophthalmology Innovation Award by the Ophthalmology Innovation Summit (OIS); inducted into the International Intra-Ocular Implant Club (IIIC) in 2017; awarded the ICONS of Industry Award in 2017 by the Intraocular Implant & Refractive Society, India (IIRSI); and voted Top 100 Most Influential People in the World of Ophthalmology by The Ophthalmologist for 2018.

He earned a bachelor’s degree in political science from the University of Tampa.